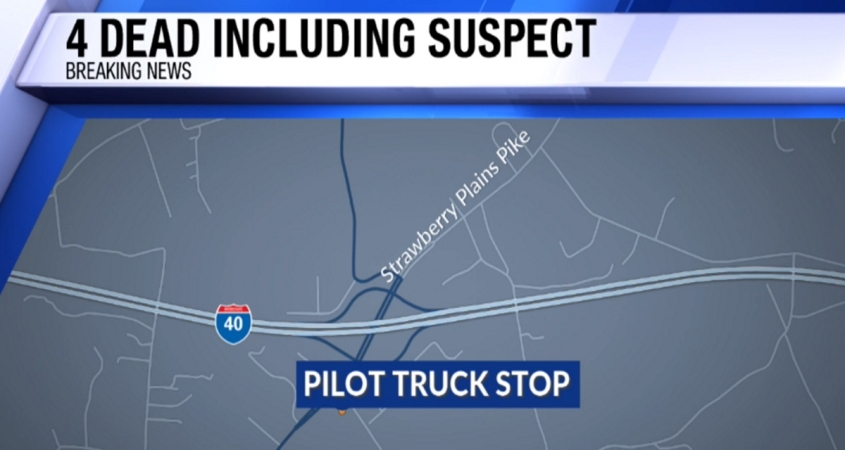 On Tuesday, at the request of 6th District Attorney General Charme Allen, Tennessee Bureau of Investigation (TBI) Agents are investigating the circumstances surrounding a series of stabbings, along with the officer-involved shooting of the suspect in the incident.

Preliminary information indicates that just before 7:00 this morning, the Knox County Sheriff’s Office received a report of an incident at the Pilot Travel Center along Strawberry Plains Pike.

Upon arrival, officers observed at least one person with stab wounds outside of the store. A man, armed with a knife and identified by witnesses as the suspect, was also observed in the parking lot.

Officers confronted the individual, identified as 33 year-old, Idris Abdus-Salaam, a truck driver from Durham, North Carolina, who refused to drop the weapon. At some point during the encounter, one of the officers fired shots, striking the man. He was pronounced dead at the scene.

Four victims were stabbed during the incident. Three were pronounced dead at the scene. The fourth was transported to a local hospital for treatment.

The three deceased victims were all employed at the Pilot Travel Center on Strawberry Plains Pike. They have been identified as:

The fourth victim, who was a customer, remains hospitalized.

This remains an active and ongoing investigation, as TBI Special Agents and Forensic Scientists work to gather any and all relevant interviews and evidence. As in any case, TBI’s investigative findings will be shared with the District Attorney General throughout the process for her consideration and review.

As is our policy, the TBI does not identify the officers involved in these types of incidents and instead refers questions of that nature to their respective department.

Any updates on this investigation will be posted online at TBI-Newsroom.

One thought on “TBI Investigating Series of Stabbings, Officer-Involved Shooting in Knox County”