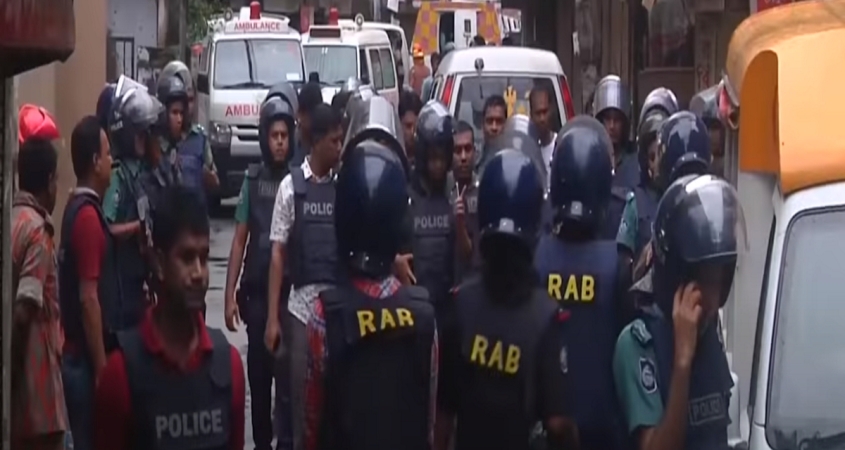 The police, airports, embassies, Shia-Ahmadiyya shrines, mosques, churches, pagodas and temples could be the targets

The police have received intelligence the members of Neo-JMB, who follow the Islamic State (IS) ideology, could try to carry out attacks in Bangladesh ahead of Eid-ul-Azha, Dhaka Tribune has reported.

The police headquarters (PHQ) has warned all police units to take strict security measures across the country.

A letter was sent recently from the police headquarters with such warnings and other instructions.

The PHQ sources said a review on the national-global context and intelligence has revealed that the so-called IS took an initiative to declare a new wing “Bengal Ulayat” ahead of the upcoming Eid-ul-Azha.

Analyzing the trend of International and regional events, it seems like “Bengal Ulayat” will be declared through a major terrorist attack.

In this situation, Neo-JMB, an ultra-radical offshoot of the banned militant outfit Jama’atul Mujahideen Bangladesh (JMB) and the indigenous followers of IS, can carry out subversive activities, including assassinations, bombing and other form of attacks.

The PHQ Additional Deputy Inspector General (intelligence and special affairs) Haider Ali Khan told Dhaka Tribune that in the past, militant outfits were active in the month of August.

“Therefore, we have stepped up security measures,” he added.

The police sources said the police (any police team, installation or vehicle), airports, embassies, Shia-Ahmadiyya shrines, mosques, churches, pagodas and temples could be the targets.

It has instructed the units concerned to increase searches at the check posts, search bags and bodies in case of suspicion and conduct block raids in suspicious areas.

The PHQ specifically asked the militancy units, including the police counter-terrorism unit, to take maximum preparation.

Previously on Saturday, a traffic police left behind his personal motorcycle in Gulistan area around 9:30pm. He came back after a while to find a bag hanging on his motorcycle. A bomb-like object was found inside the bag.

Later, the bomb disposal unit rushed there and later tests revealed that it was nothing dangerous, but a fake grenade.

In 2019 during this period, police recovered explosive materials and on April 30, a hand grenade was hurled at a traffic police in Gulistan. On May 26, 2019, a police pickup was bombed in front of the Special Branch office in Malibagh.